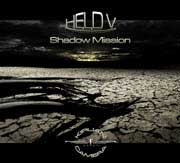 Kirlian Camera are out on a mission! On their new 11-track special-price album “Shadow Mission HELD V”, Italian cult-group Kirlian Camera embarks on an extraordinary sonic journey that will pave the way for “Odyssey Europa”, a comprehensive retrospective set due for release later this year. Centrepiece of the new mini album is a modern and seriously club-compatible re-invention of the group’s classic hit “Heldenplatz” plus an array of new songs that can easily stand in line with some of Kirlian Camera’s biggest classics.

On tracks like “E.D.O.”, the band mingles memorable melodies with powerful electronics and an irrepressible lust for sonic experimentation, all carried by the impressive vocal presence of Elena Alice Fossi. The songs are about space exploration and going beyond the surface of what we believe to know and, reflected in a musical approach that works on a multitude of different levels. Elena and Angelo Bergamini have created a dense net of electronic sounds that will pull you into their unique atmosphere but that will work on a dance floor just as well, while still retaining the spirit and feeling of the classic Kirlian-Camera-hits. The shadow mission is rounded off by some previously unreleased mixes and rarities. “Shadow Mission HELD V” will be released on Compact Disc in a deluxe Digipak, limited to 1000 copies and as a luxurious picture vinyl with an altered track listing, strictly limited to 500 copies. There are very few music acts in the Electro scene that would pass as being truly unique… but Kirlian Camera are certainly one of them. 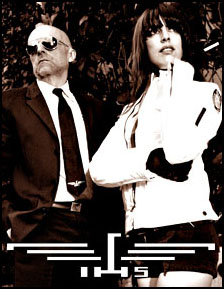